James Brown has emerged as one of the ultimate digital marketing and business strategy gurus. A graduate and former lecturer of the Australian College of Natural Medicine and College of Traditional Healing Arts, specializing in the arts of Traditional Chinese Medicine. James has spent the better part of 20 years helping individuals find better personal and financial health.

James became familiar with Jay Abraham’s philosophy of “how to maximize results with minimum effort” during a seminar of Jay’s in 1994. James notes that this seminar became his stepping stone for his business and digital marketing ventures.

In 1997 James took the ultimate plunge and started a home-based internet business in the bedroom of his small apartment. Since then, he’s traveled, lived & worked on various kitchen & coffee tables around the world.

During that time, James has consulted in many varied industries & companies. He loves helping business owners & entrepreneurs to maximize their profits with all their online endeavors.

For the past 16 years, he’s called Japan his home base with his family. When he’s not at his laptop, you’ll find him sampling local sake or relaxing in a secret onsen (“hitou”). 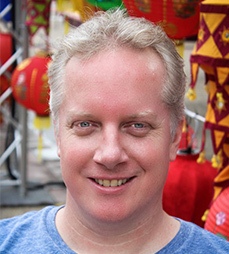